One of the core cooperative principles is concern for community.

Hoosier Energy saw 15 of its member cooperatives put this into practice for the annual “Indiana’s Electric Cooperative Community Day” as part of Co-op Month nationwide.

Community Day officially took place on October 14, although a number of cooperatives set up different dates to suit their project, some of which also incorporated customer appreciation days.

One of those was Bartholomew County REMC, which held its Drive-Thru Member Appreciation Day and Food Drive on October 25. Each member passing through received a Chick-Fil-A sandwich certificate and one energy kit per car. Donations were distributed to local food banks.

Clark County REMC conducted an employee community service project with Tunnel Mill Scout Reservation in Charlestown. Planning got a boost from apprentice lineman Cody Christianson, who spent a month finding partners, sponsors and donors for the event. Tasks included painting and staining buildings, tree trimming and removal, rebuild of benches, brush cleanup and removal as well as repairing or replacing trail signs. Christianson also helped secure the lumber and hardware necessary to build a new pavilion, although that project will be completed over a longer period of time through volunteers, including several REMC employees. 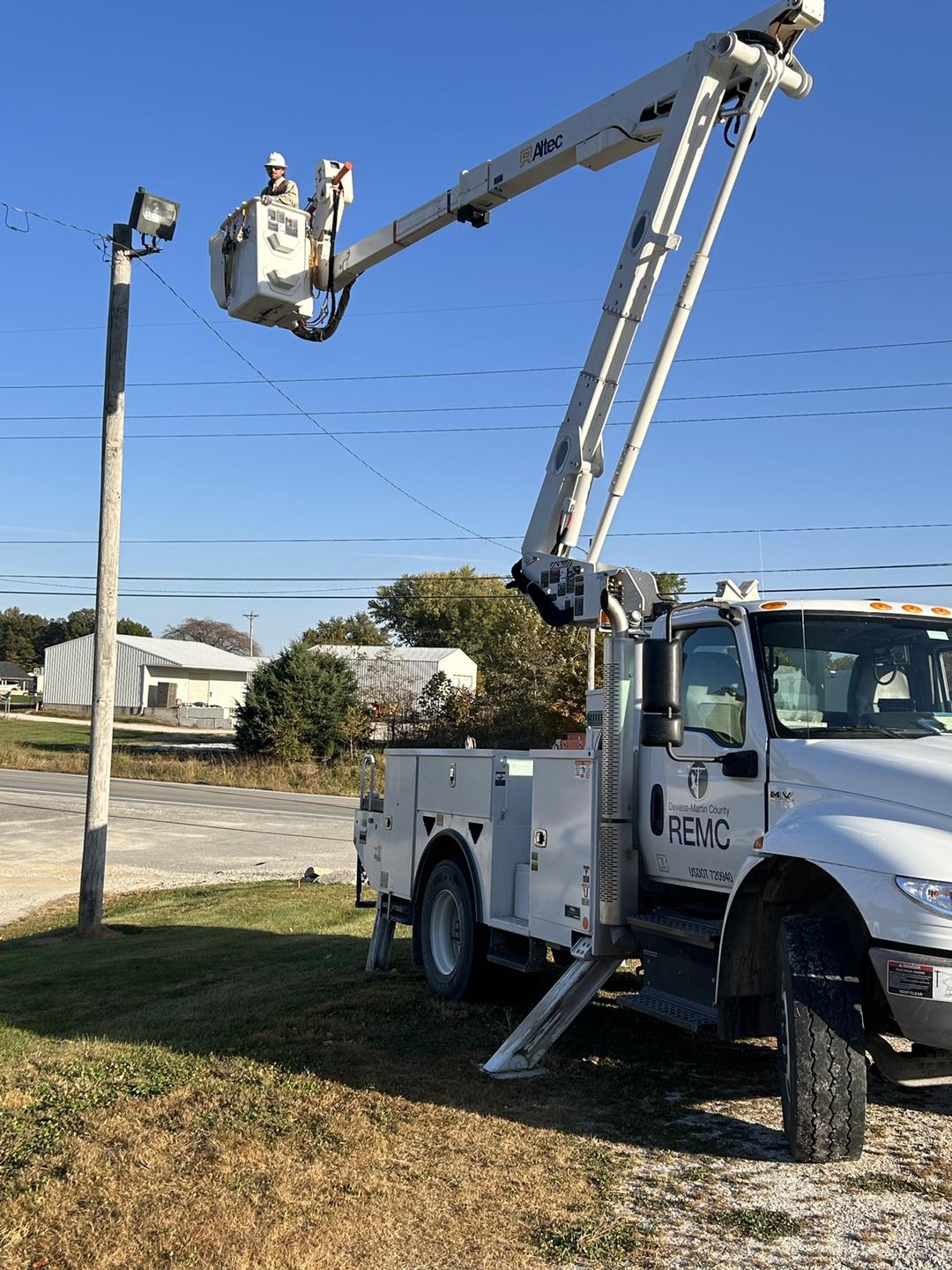 At Daviess-Martin County REMC, employees worked at the Martin County 4-H grounds to clean up the facility. Tasks ranged from pulling weeds to repairing light pole fixtures (pictured at left) and everything in between. Daviess-Martin also held a Customer Appreciation Day on October 20 and named four winners of a $50 bill credit.

It was an electronics recycling event that marked the occasion at Decatur County REMC, which partnered with Technology Recyclers.

Community Service Day came early for Harrison REMC, which participated in the Harrison County Repair Affair on September 17. Two teams of employees along with friends and family participated. One team sealed windows and put plastic on them, while the other reinforced gutters and did some weather sealing. 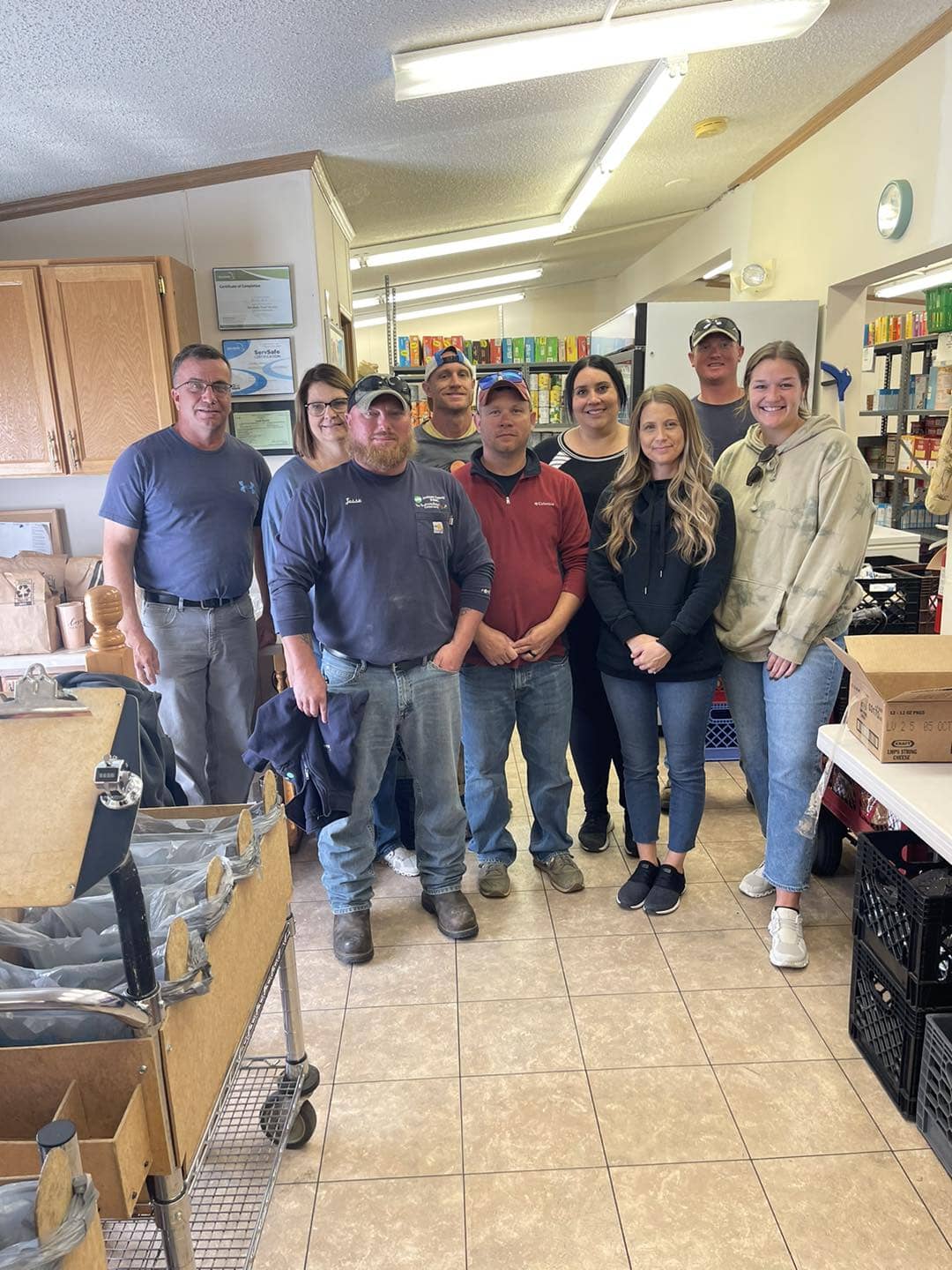 Along similar lines, Henry County REMC partnered with United Way to find a project. Employees joined Henry County – Remove Invasive Plant Species (HC-RIPS) to remove invasive species from woods near the Big Blue River. That included what was deemed as the No. 1 enemy, honeysuckle.

There were four-legged beneficiaries for JCREMC, which helped build winter cat shelters for Johnson County Community Cats (pictured below). Some work was also done for two-legged friends as JCREMC employees volunteered for fall cleanup duties at the Indiana FFA Center. 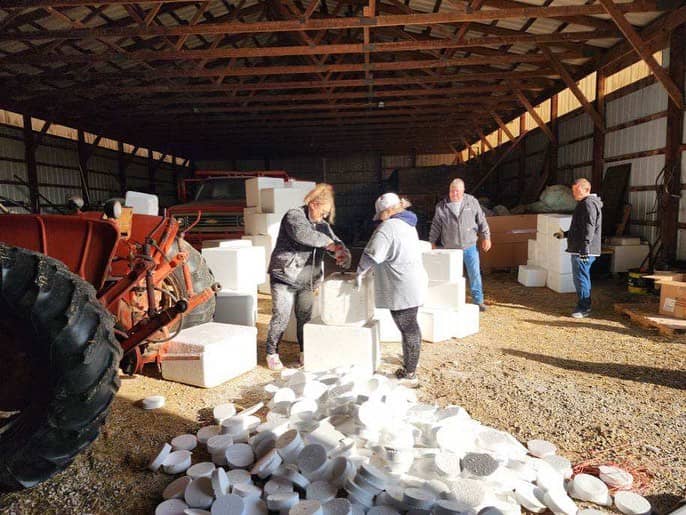 Empty stomachs were the target at Orange County REMC, which hosted a community fish fry for Customer Appreciation Day on October 21. Giveaways included an electric grill and an iPad.

Despite decreased numbers due to illness, it was still a productive effort for RushShelby Energy, which volunteered at Mahoning Valley Christian Service Camp in Rushville. The healthy bodies spent the day painting the dining room, trimmed out the kitchen area, trimmed trees, set for large utility-size poles and strung wire around the top to connect decorative LED lights. They also chinked a log cabin wall completed earlier this year, cleared limbs in the camping area and worked on a support wall.

Southeastern Indiana REMC held Member Appreciation Day, complete with an open house at the new headquarters facility that the public had not seen in-person due to the COVID-19 pandemic. The event featured a walking guided tour, a riding tour on a golf cart, the House of Brisket food truck, desserts by Moore Sweets, a time-lapse video of the new building construction as well as old building demolition and goody bags.

Peden Farm in Bloomington was the site for South Central Indiana REMC volunteers, who helped with the annual Children’s Farm Festival. The festival, which assists area elementary school students to experience life on a family farm, saw over 2,500 students and nearly another 1,000 parents and grandparents attend the event on the final two days of September. 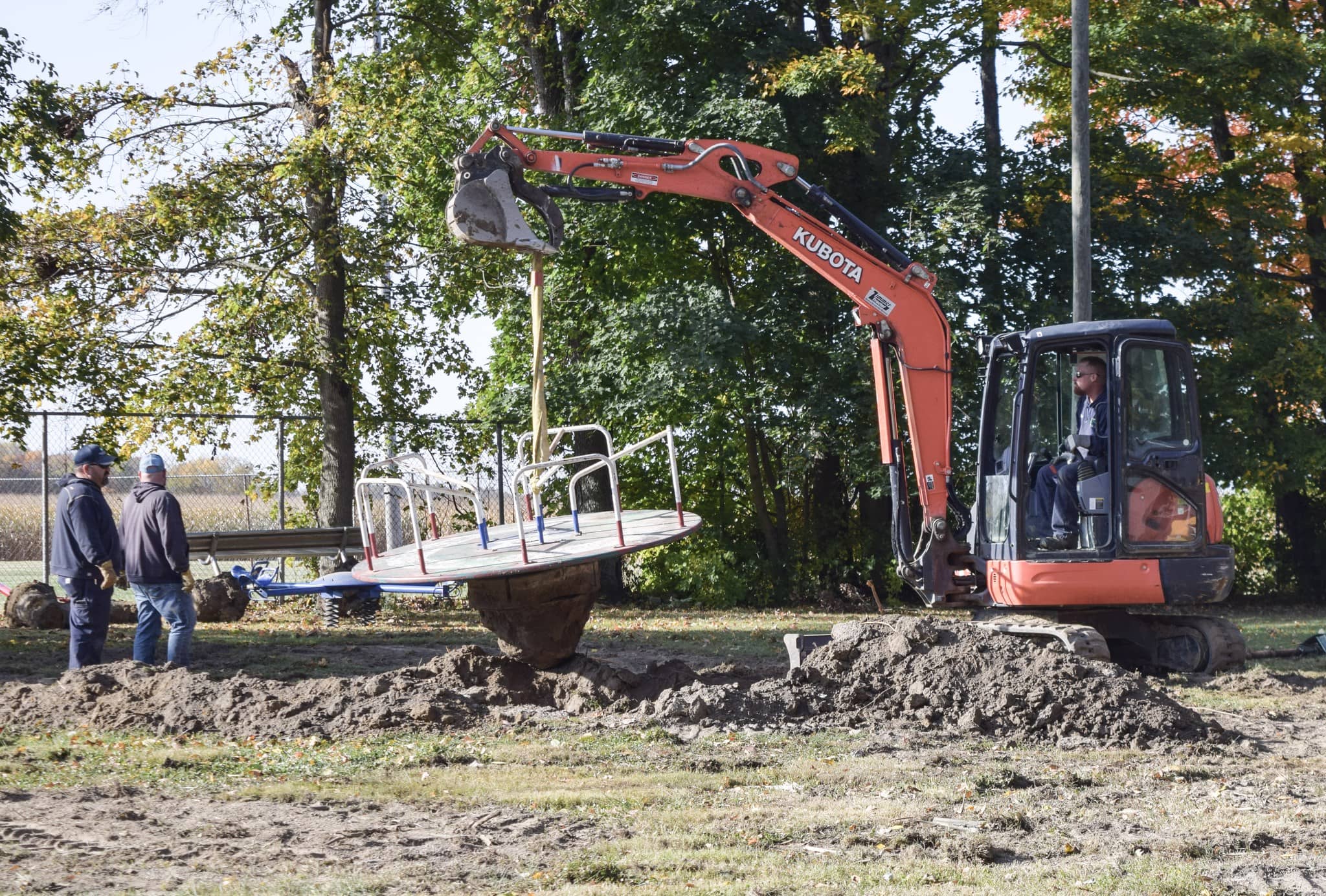 Students were also the focus for Whitewater Valley REMC, which volunteered for a pair of projects in Liberty. One was at the College Corner Ballpark tearing down old playground equipment (pictured above), while the other was updating the facilities at the Union County 4-H grounds.