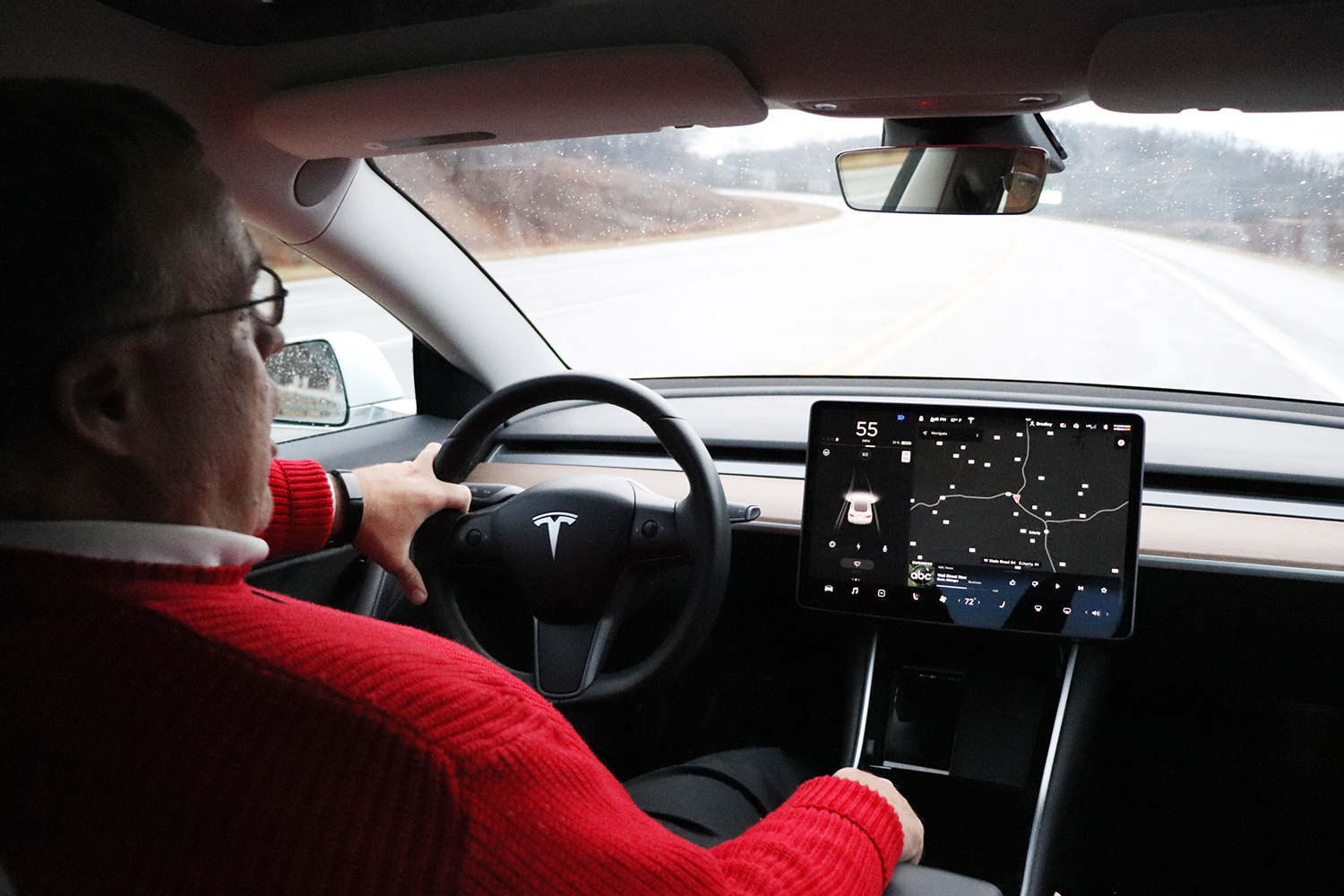 Electric vehicles (EV) are converging on the Midwest, albeit slowly. With their entrance, new challenges are being identified for members and cooperatives alike. EnergyLines was able to reach out to Southern Indiana Power member-consumer Bradley Lynch to discuss the challenges he faces with owning an all-electric car in Southern Indiana.

Lynch has discovered that owning an electric car in a rural area brings with it a bit of celebrity. “People ask if they can take pictures of the car and are usually amazed with the performance of the electric motor,” said Lynch.

He owns a Tesla Model S, but people continually ask him if it is a hybrid vehicle, going as far as to physically look underneath for an engine, transmission and tailpipes.

Lynch researched several EV’s when thinking about his next car. He drives over 100 miles for his work commute every day, leading to increased fuel and car maintenance costs. He looked into the Chevy Volt plug-in hybrid and the Nissan Leaf. A coworker convinced him to schedule a test drive with the Tesla dealer in Indianapolis.

“Once you get in one of those cars, nothing else compares,” said Lynch.

Lynch mainly uses the car for daily work-related drives and local weekend trips. He has yet to take an extended road trip in it. That will take some planning to make sure there is a super charger on his route. At this time, there are no super chargers (level 3) in Southern Indiana. The super chargers allow for fast charging. The destination chargers take more time to get the electric battery back up to full charge. There are several destination chargers in the area.

Lynch has an app that helps him find chargers that are nearby or at his end destination.

“We went to Holiday World several times this year and not only did I get to charge my car, I got a front row parking spot because that is where the chargers are located.”

To help with the charging, Lynch installed a level 2 charger at his home several months before purchasing the Tesla.

Lynch stated that he would absolutely repeat his purchase but also emphasized that a potential buyer needs to do research on the vehicle and the charging in advance. This should not be an impulse purchase.

“The features on this car, with the auto pilot, make my long commute a little less stressful. When I am stuck in a long traffic jam with other cars stopping and going, the car deals with that and I can sit back and relax,” said Lynch.