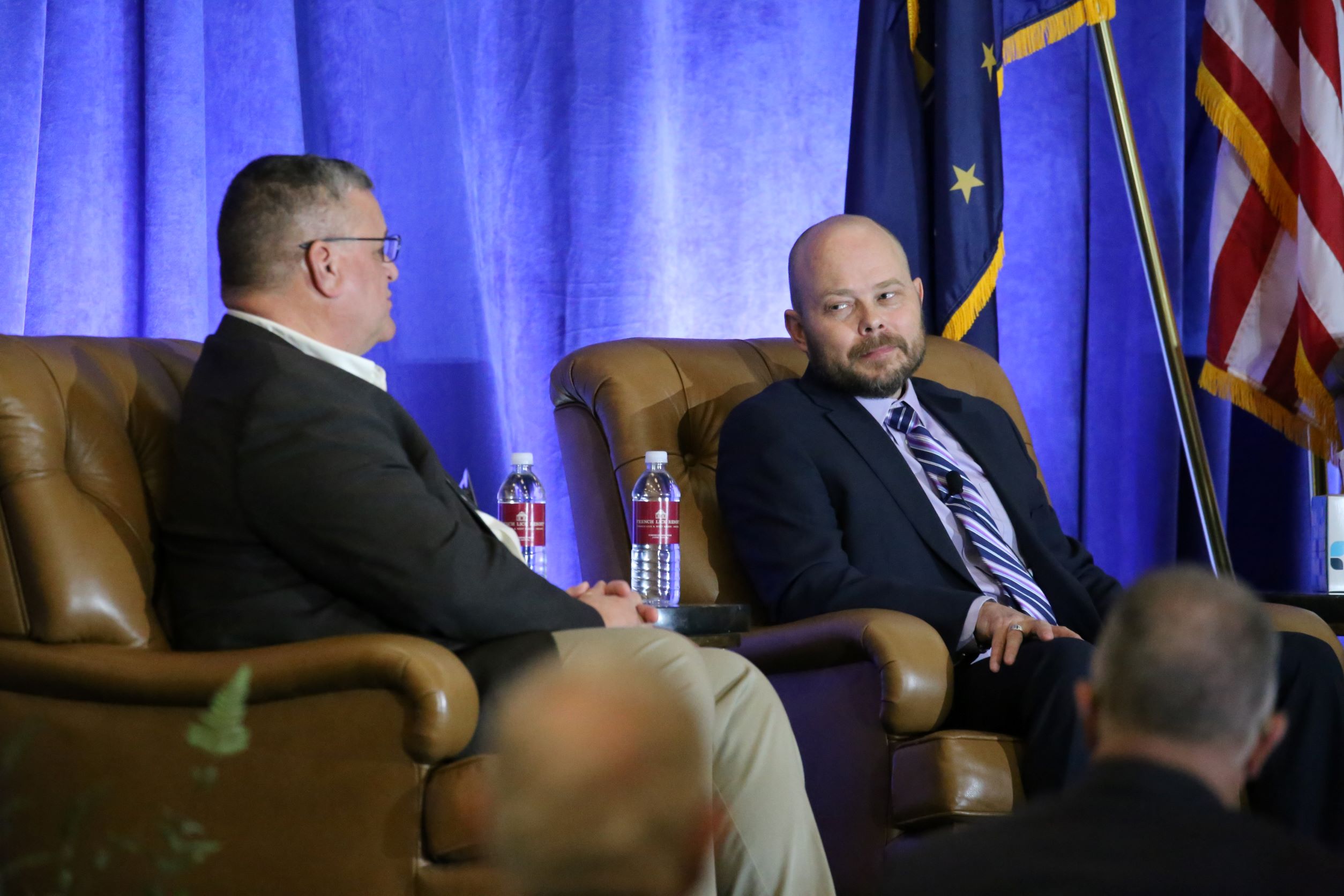 Hanging by a thread usually has a negative connotation.

But in the world of electric and telecommunications co-ops, it has begun to take on an entirely different meaning.

Broadband fiber networks have introduced a new world of possibilities, a subject which was explored at the 2022 Hoosier Energy Annual Meeting on April 7 in French Lick.

All 18 member cooperatives were represented as last year’s Board of Directors was acknowledged and this year’s Board confirmed.

Subjects ranged from smart grid to load control to funding, but the common thread was fiber, which meant more than broadband. It also means grid reliability.

“Where we sit is a heavily forested part of the state where we can’t use wireless until fiber gives us the opportunity,” Tanneberger said. “If you get that real time capability and use fiber or some other mechanism to read back, (the grid) can let us know when it’s going down.”

Fiber provides a way to communicate with downline devices and provides the potential for automation switches.

“We wanted to leverage fiber to home investment by bringing smart technology to members,” McKinney said. “If you have the ability to introduce smart devices in the home to change your life, you can change your energy usage.”

The technology that facilitates such options never ceases to amaze.

“You take a little black box not much bigger than a deck of cards, put one fiber in and get 32 out without the device needing any AC/DC power,” McKinney said. “That’s amazing to me.”

No less amazing has been members’ response to the broadband fiber offerings from the cooperatives.

“What we found in the packages we offer is we thought people would go for $55 for 50 megabits per second,” Tanneberger said. “We’ve sold many more of the 500 megabits package and our greatest revenue source is our gig service. People want bandwidth and they can afford it.”

A feasibility study in Jackson County turned out to underestimate the members, according to McKinney.

“When we went with 10 gig circuits at the beginning, they said, ‘You’ll never need that much. Go with one gig.’” he said. “Our feasibility study said we’d have a 46% take rate after five years. Phase 1 will be available four years in May and we have an 81% take rate.”

Now these co-ops are looking beyond themselves and at the bigger picture across the state of Indiana. The growing fiber networks amongst various co-ops have created another opportunity to cooperate, collaborate and benefit the larger membership.

“Here’s where things change,” Tanneberg said. “We, as electric cooperatives, know what we have and we know the value of it. We have a network we can operate and we can become telecommunications companies. Traditionally, as electric companies, we had fiber assets with a backbone ring and that’s all we cared about, running the electric system. We didn’t care about the telecommunications side. We didn’t want to mess with it.”

But times have changed, and the window of opportunity has opened wide.

“We’re smart enough now to hold on to the golden goose and figure out how to feed it because those golden eggs are going to be of great value to us in the future,” Tanneberg said. “I call it a crack in time. A boss once told me if you can identify cracks in time, you will take advantage of opportunities and that’s where we are right now as electric co-ops.”

Hanging by a thread in the best possible way.