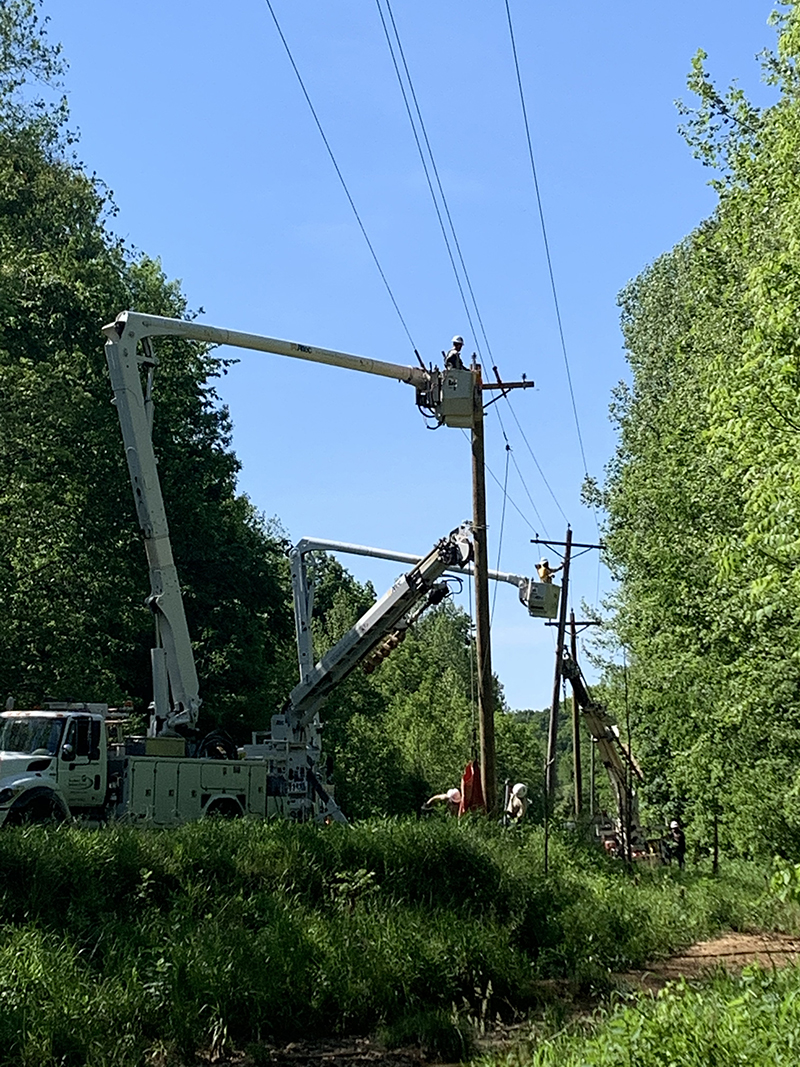 The Power of Cooperatives Working Together

Two cooperatives – one electric and the other telephone – have joined forces to ensure that Perry and Spencer county cooperative members have access to broadband internet service.

This partnership was sought out because about 50% of Southern Indiana Power’s member-consumers are also members of Perry-Spencer Rural Telephone Cooperative (PSC), which is within two years of completing its 12-year, $60 million project to connect 100 percent of its members to fiber.

“Perry-Spencer Rural Telephone Cooperative has been working for a really long time to upgrade their members to fiber,” says Steve Seibert, president and CEO of Southern Indiana Power (SIP). “Our new partnership focuses on the 50 percent of our electric members who do not or will not have access to fiber. These members are located in the old AT&T territory, outside PSC’s current serving area.”

Funding this massive project has involved a multi-prong approach, according to Seibert. The two cooperatives submitted a joint application to the Indiana Next Level Connections Broadband Grant, and PSC was awarded $15 million, about half of which will support fiber to SIP member-consumers. The construction work for the grant must be completed within two years.

The Spencer County government has approved a $5 million contribution to support the project, and Southern Indiana Power has also secured a $15 million “Smartgrid” loan from the Rural Utilities Service under the United States Department of Agriculture.

“We’re also investing our own electric plant dollars in fiber ‘make ready’ preparation for things like pole changes, and correcting clearances to meet the National Electric Safety Code standards,” Seibert says, adding that the five-year project will cost over $30 million and cover about 700 miles of mainline fiber. “All kinds of entities are banding together to get this job done.”

Construction on the grant-funded portions of the project began earlier this year and will unfold in eight phases. Phases one through four are expected to be done in 2020 and then phases five through eight will be done in 2021.

Construction and connections for the unfunded area – which is the area not grant funded – will be completed in years three to five.

“This project is really about the development and sustainability of our entire community,” Seibert says. “If we don’t have fiber availability in our electric service territory, the new generation of members simply aren’t going to live here. They need to be connected to the world no matter where they live.”

Seibert adds that the fiber will also connect all electric substations and be able to support any behind-the-meter types of resources and technologies that could be developed in the future. “The project is just forward looking and thinking about the future of both cooperatives and the communities that we serve.”